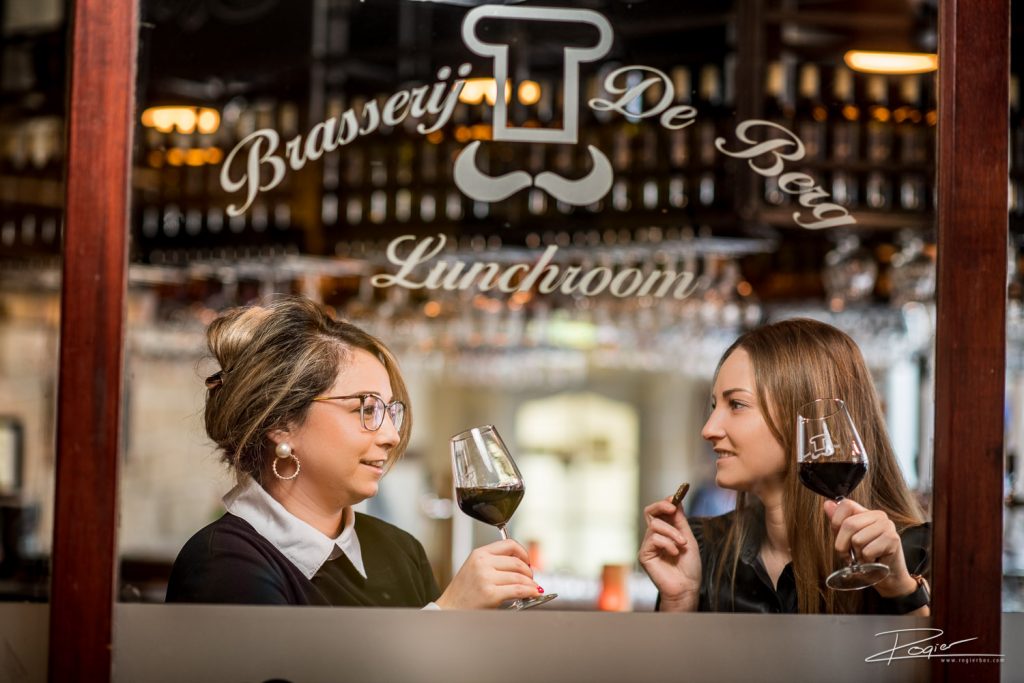 I finally get to tell you about an exciting project I got to shoot a year ago! These images have been under embargo, but now I have permission to tell you about them. Last April I was contracted by Getty Images (I am a Getty Photographer) to shoot the production of Richard Hammond Big, a new TV show for Discovery. It was an exciting experience, and a perfect fit for my expertise and experience as portrait- and industrial photographer.

The focus of the show is on the big structures we build as humans. The host of the show is Richard Hammond, well-known TV presenter from shows like Top Gear and The Grand Tour. The joke in the title of course is that Richard Hammond is quite small (5 ft. 6, or 1,68m. according to Wikipedia), although I hasten to add that what he lacks in inches he more than makes up for in personality. I had fun connecting with him; he was focused, funny, and very approachable.

In the port of Rotterdam everything is BIG

I was asked to photograph the production of an episode of the show that was recorded in Rotterdam. The biggest containership in the world was visiting our port. The port of Rotterdam is one of the biggest ports in the world, and at any point in time a number of big containerships are in the port. The biggest cranes in the world offload them. The ships are navigated through the port by some of the most powerful tugboats. Plenty of material there to make an interesting episode! Also, a total thrill for this portrait and industrial photographer, because a production team like that gets to see lots of special places and record amazing angles. We did our recording at the APM container terminal, and they were amazingly accommodating and hospitable. I frequently get to special places and am given special demonstrations, but this was on another level all together!

My brief from Discovery was to look for images that would contrast Richard’s size with the object in view: the ship, a crane, a tugboat, a container transport vehicle. So I was on the lookout for those images, which was a little stressful because the team had suffered serious delays and was trying to catch up. It was a race against the clock, because, as friendly as APM was, at 5 PM the ship was going to sail, and there was nothing that would delay that. Finding the time to get Richard alone for just the photography was a challenge. I am grateful to say that the team was very friendly and accommodating in spite of the time-challenge.

Somewhere in the course of the morning I noticed that an APM employee showed Richard the tiny device that is buried in the ground all over the terminal, and that help the contained transport vehicles find their way. Richard held it up, and at that moment I saw an opportunity. I asked Richard to edge a little closer to one of the vehicles and hold up the device. I explained what I saw: such a tiny device was steering these huge and powerful vehicles. A perfect match for the request Discovery had made.

Richard immediately got my idea. He yelled at the rest of the crew (which consisted of about 8 people): ‘you’re all fired!’ Then he pointed at me and said ‘he’s my new director. He saw this idea and you didn’t!’

The film crew laughed and gathered round and took some shots from the same angle. A minute later the show’s director came over and proposed another shot in a different spot. Richard looked at him, pointed at me and said: ‘ok, he’s fired, you’re my director again.’

To which I commented: ‘well, that went fast!’ Richard laughed and said: ‘it’s a fast moving business! You’ve got to stay with it!’

We spent the morning photographing and filming the fully automated transport of containers through the port. In the afternoon we photographed and filmed the loading of the ship from one of those cranes. Such fun to climb such a tall crane! It has see-through floors consisting of metal grids. So basically you’re looking down 100 meters right by your feet. As evening fell we photographed and filmed powerful tugboats pulling the ship out to sea. The timing was near perfect; we watched the ship sail away just as the sun was setting.

The show will be broadcast in the UK on feb 5th, and in the Netherlands on March 3rd.
Link to the website for the TV show.